A very exciting cultural experience I got to enjoy was the snowman burning in Zurich. This festival is called Sechselauten. In this festival, there is a lot of excitement in the city, food stands, parades, and most significantly a giant snowman. This event was a public holiday in Switzerland, so class was canceled and a majority of stores were closed, this allowed for so many people to come together and celebrate. This festival is celebrated as a way of welcoming spring. Firstly I encountered the parade as I walked toward the opera house, where the snowman was located. The parade was composed of children and families in traditional Swiss outfits with flowers and candies and floats which were representative of their neighborhood. It was a very enriching experience to see this representation of Swiss culture and history being celebrated by so many people. Next, I encountered multiple food stands and large crowds. When I got to the opera house, there was a large elevated fake snowman. Around the snowman were horses galloping in circles around the effigy. The snowman was then set on fire from the bottom of the elevated surface. When I watched the snowman there was a large crowd and a lot of anticipation was building up as the snowman took a long time to explode. I waited for thirty-seven minutes before the fire got to the head of the snowman and exploded with fireworks. It is said that the length of time it takes for the snowman to explode is indicative of the coming weather; a quick explosion indicates a warm sunny summer soon to come and if the explosion takes a long time it indicates a colder and rainier summer. This experience introduced me to a cultural event specific to Zurich which I had never heard of prior to my exchange and it was an exciting and fun experience. 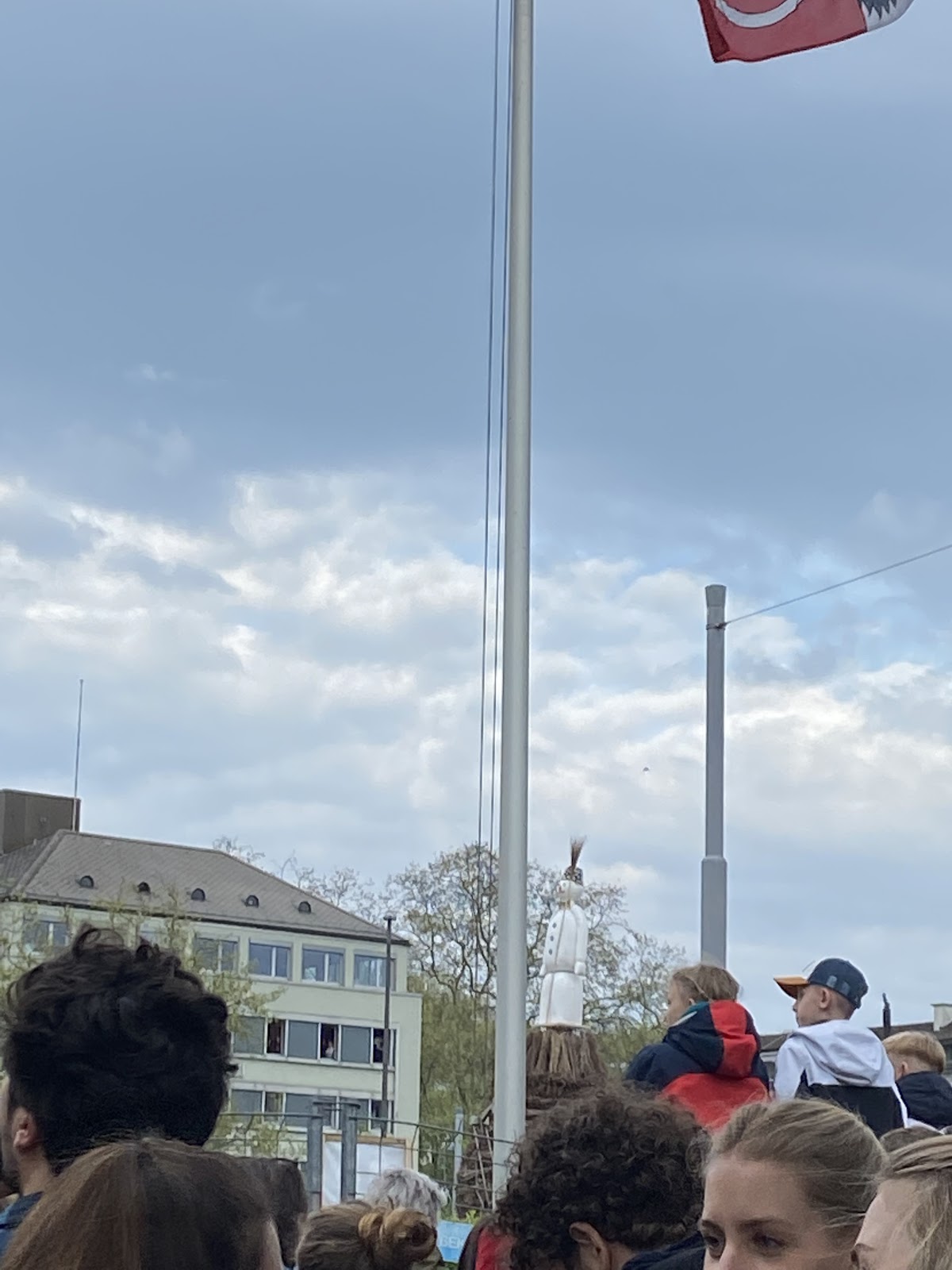