Before leaving for Scotland, I knew five people out of 15 students going on our trip from the UGA. I knew none of the University of Glasgow students. I was about to spent a lot of time with the rest of the University of Georgia students and I was going to have to teach with the students from the University of Glasgow. It was a safe assumption that we were about to get really close over the next week. As the week progressed, I began to talk to the Athens UGA students. We made jokes, laughed, and we all endured the long walks in the rain that Scotland had to offer. At dinner every night I tried to sit by someone new that way I would have the opportunity to meet everyone and get to know them better. On long walks I tried to walk with someone new that way we could struggle up the hills together and if we ever rode in a vehicle, I tried to ask everyone as many questions as possible because I wanted to know more about the people I was in another country with. Because of this, I learned a lot about the student I was surrounded by. Also as the week went on, we got to meet with the students from the University of Glasgow. The first two students I met were Robert and Denise who also happened to be in our teaching group. They were amazing and so much like us it was crazy. I found that they like doing the same stuff we do, they have some of the same struggles we do as far as school and life, and they like McDonald’s like many Americans do as well. It was hard to spend a week with the students from Scotland and having to say goodbye after getting so close with them. It was even harder having to say see you later to the UGA Athens students as I made my way back to Tifton. I only spent a spring break with a couple of stranger but they will be apart of my experience forever. 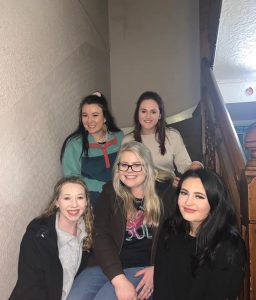