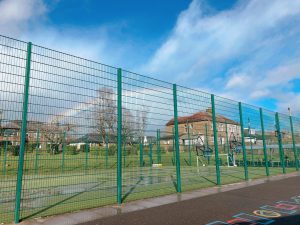 We went to Scotland to teach Primary School students about Food Chains. The way they operate is pretty different from the way America’s Elementary Schools do. In fact, it reminded me more of what school was like in Japan because they focus more on building individuals rather than focusing so much on just education. They have an assembly in the middle of the school day. During the assembly, all the students sing songs and they do some activities. The day we observed, they had a raffle for several different prizes and a couple of students went up in front of everyone and performed something of their choice. Most of them memorized poems or acted out a scene. They very strongly encouraged these students and everyone was so positive and respectful.

It was also interesting to me that these kids were so involved with the functioning of their school. They have little pupil groups that are focused on different aspects like diversity, the environment, sustainability, etc. When I observed these groups, these little kids were acting just like they were in a college-level club and made very thought-out suggestions. They came up with the idea of having a recycling system before, which was put in place in their cafeteria. Overall, they acted so mature for their age, which was funny to see because they’re so tiny.

We also joined them for recess, and it was cute to see how well everyone played together. No one was just sitting around by themselves. Pretty much every child was playing a game called “hidey,” which is basically hide and seek. They were also very considerate of us and raised the basketball hoop themselves just so that we could play. I think they were so inclusive because their school teaches them to be accepting and positive, which I believe is something we need in America as well in order to raise a better society.