After making the 30+ hour trek all the way to the land down under, I was immediately greeted with warm weather and welcoming people. The first day I spent in Sydney I actually travelled about an hour north to Katoomba, where an iconic New South Wales mountains range, the Blue Mountains, is located. After trudging/slowly dying on a four-hour hike (nothing works off jet lag like hiking up and down 900 stairs, right?), my tour group and I headed off to Featherdale Wildlife Park where we spent the rest of the day playing with kangaroos and wallabies and petting koalas. Just your typical day in Australia. This was not the last time I would visit the Blue Mountains while living in Sydney, I also spent a weekend volunteering with the Wilderness Society during their 100K bushwalk. Being the young and able college kid that I am, I was of course assigned the 8pm-6am shift. Even though I was convinced I had contracted hypothermia it was an amazing experience and I met some incredible people through the organization that are interested in the same things that I am. I HIGHLY recommend getting involved with at least one organization while studying abroad. It helps you to spend some of your time giving back to the community that you are now calling home as well as meeting very inspirational people that you will start to think of as friends.

Living in a city like Sydney was personally a very easy adjustment because it is a major city in an English speaking country. At many times I felt like I was living in an older, cleaner version of New York City, until you randomly went by the Opera House. Even though Australians do speak the same language, there are still many words and phrases that you have to get used to. I have now come home calling a jacket a “jumper” and candies are now “lollies” and so on. It’s kind of funny, you get made fun of, in a joking way, for saying different words and pronouncing things differently (its not falafel its really faaaalafal according to the Aussies) when you are in Australia but when you come back you, and everyone you talk to, notice that being over there for just 5 months has changed the way you say sentences.

Sydney has lots of clubs and bars to go to at night, as well as many museums and art galleries to go to during the day. The Taronga Zoo and the Sydney Aquarium are both located near the heart of Sydney where you can see many different animal species with the Opera House or the Harbour Bridge in the background. Weather in Sydney is also perfect. If you are going there around February for spring semester as I did, you will be arriving towards the end of their summer. There is nothing better than getting on the plane in America with jeans and a sweatshirt on and arriving in Australia immediately needing to change into shorts and a tank top. The warm weather is a perfect excuse to hit up all of the incredible beaches that Sydney has to offer. You can jump on a bus, train, or ferry and go to any of the iconic beaches around the city. There is also a very famous walk that goes from Coogee beach, through Bronte beach, and ends up at the infamous Bondi beach. While the walk takes about 5 hours, the views are completely worth it. I could go on forever about what to do in Sydney, but part of the fun is figuring out what to do while you are there! Being such a big and diverse city, there is literally something for everyone depending on your interests. So just grab your “sunnies” and head out exploring the fantastic city, mate! 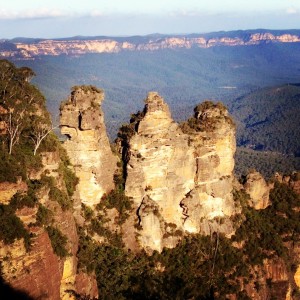 The Three Sisters- one of the most famous spots at the Blue Mountains. 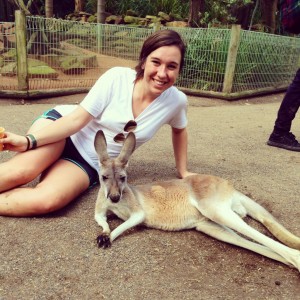 Lounging around with my new BFF the roo. 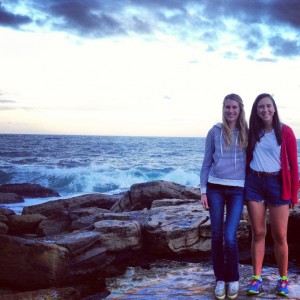 Photobreak on the 5 hour Bondi-Coogee walk with one of my Aussie best friends. 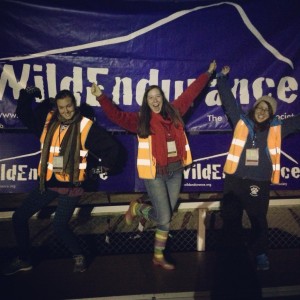 Pretending to have hiked the 100Ks ourselves when delirium hit around 3am with fellow volunteers. 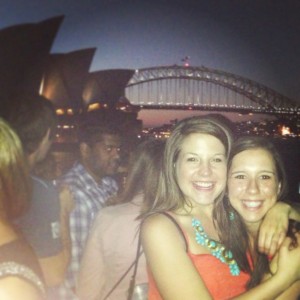 On a dinner cruise around the harbor with the Opera House and bridge in the background with another UGA student/friend.