A large part of my experience in Spain, and arguably the best, was staying with my host family. I along with three other girls stayed in an apartment (or “flat” as they are referred to in Europe) near the center of Granada with a woman named Nadir. She lived with her mother, as she was her caretaker. Because of our living situation, we were fully immersed in Spanish culture. 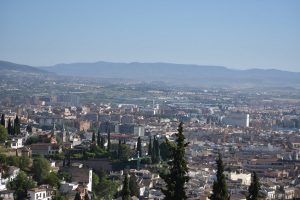 Nadir went the extra mile to make sure we fully understood Spanish lifestyle. She fed us authentic Spanish dishes on the schedule they use for meal times, helped us with our Spanish and way around town. Not only this, she taught us how to cook many dishes and discussed why certain techniques, spices, and food are used in Spain.

Each evening, she would ask us about our day and break do 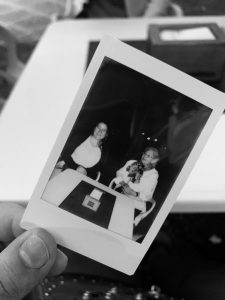 wn everything we learned from her perspective. For example, after we visited a beach on the very southern coast of Spain one day, we told her about what seemed to look like an island far out in the ocean. She explained that on a clear day, you can see land, but it was not an island—it was Africa. We would have never guessed that we were that close! This is just one of many examples, but my favorite memory of my time with Nadir was when Nadir took us to her favorite tapas bar and ordered us her favorite dishes. It was a place all the locals went to and raved about. She said that there was always a wait. The family who owns it goes to her church and she grew up with many who work there. That night, meeting her friends and discussing current issues over traditional Spanish tapas with Nadir and her mother made me feel like Granada was home.