Greece is a country with a ton of history and culture. We’ve all learned about Greek mythology at some point: Hercules the strong hero, Zeus the god of thunder, Medusa and her head of snakes. At one point in history, these stories were believed to be real. They explained the ways of the natural world to the ancient Greeks. Before going to Greece, I had some preconceived notions about the country; call them “myths” if you will. For example, Greek food is weird: myth. The food is delicious although very different from what I eat at home. Greek people love to dance: fact. On the first night of our trip we went to a local restaurant and danced with the locals after our meal. Greek people are very friendly: fact. Locals were generally happy to see us and teach us about their culture. The country is only small villages: myth. The entire country of Greece has about 11 million people, and almost half of them live in Athens alone. Greece has beautiful beaches: fact. The country is very coastal, but many of their beaches are rocky instead of sand. The Mediterranean Sea and the Aegean Sea are different: myth. The Aegean Sea is the portion of the Mediterranean that borders Greece. The name Aegean comes from the mythical King Aegeas. The Greek people will be like the characters in the movie My Big Fat Greek Wedding: myth. Never assume that people are portrayed accurately in movies. As you can see, there were a lot of things that I did not know about Greece but had only heard from others or seen in movies. Some of the things I heard were true, but many others were not. Although myths can be fun and interesting, it is always best to discover things for yourself. So when traveling to another country, forget everything that you have been told about it and just experience it for yourself. It makes the trip more enjoyable if you live in the moment. 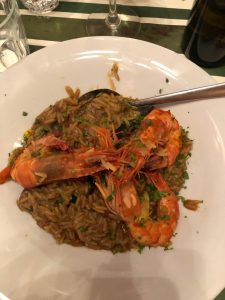 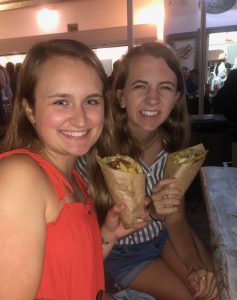 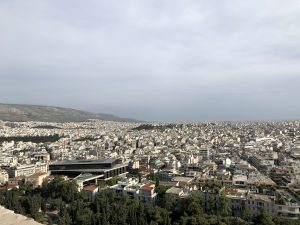