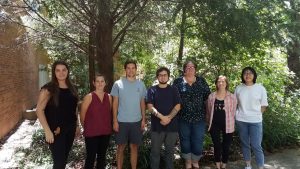 Brian started in the Plant Pathology Department in the summer of 2015.  His appointment consists of  75% research and 25% teaching.  The two classes he teaches are: Amy Smith
Research Professional I
amysmith@uga.edu
706-542-3993
Amy started in the Plant Pathology Department in the Fall of 2015.  She has provided vital work in the organization and design of our extensive lab.  Her extensive knowledge in microscopy and  qRT PCR have been a big help in developing the lab’s research foundation 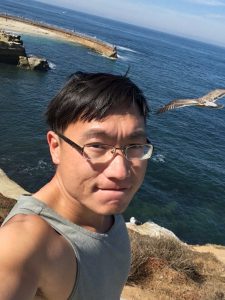 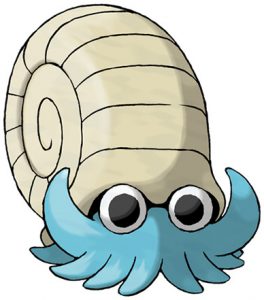 Haibi Wang | 海碧 Hi-Bee
Post Doc
Haibi.Wang@uga.edu
Haibi joined the lab in Spring 2020. Haibi Received his PhD in Molecular Biology at the University of Wyoming. He is currently answering the question of how plant PTI suppresses the bacterial virulence factors using the host/pathogen Arabidopsis/Pseudomonas syringae. Amelia Lovelace
PhD Candidate
ahl84074@uga.edu
Amelia started in the Department in Fall 2015.  She received her BA in both Biology and Math in June of 2014 at Hood College.  She has played a large role in setting up and organizing the lab.  Her research focuses on transcriptional analysis of Pseudomonas syringae in the presence of PAMP triggered immunity. Shaun Stice
PhD Candidate
shaun.stice25@uga.edu
Shaun started at the department in Fall 2016.  He received a BS in Biology and a Minor in chemistry from the University of Portland May of 2016. His research currently focuses on developing tools necessary to understand disease development of center rot in onions cause by Pantoea ananatis. Jovana Mijatovic
PhD Student
jovana.mijatovic@uga.edu
Jovana started at the department in Fall 2017. She received he Bachelor’s in Plant Protection at Faculty of Agriculture, University of Belgrade in Serbia in 2017. Her research currently focuses on an old and reemerging pathogen of cotton- Xanthomonas citri pv. malvacearum, causing Bacterial blight of cotton. More specifically, her research will focus on tracking seed and seedling infection, molecular detection, and enhancing resistance in cotton with translational research. 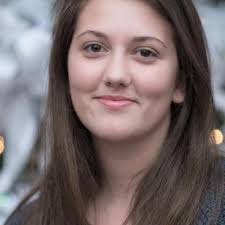 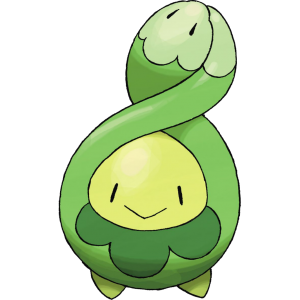 Brianna Stone
Double Dawg
brianna.stone@uga.edu
Brianna is a undergraduate student in the Plant Biology major. She has joined the Kvitko lab in the summer of 2109 as part of the Double Dawg program, where a student can earn both a bachelor’s and a master’s degree in a five year accelerated program. Her project focuses on the interactions between bacterial effectors and resistance proteins in Nicotiana benthamiana. Henry Vencill
Young Scholar
Henry is a high school student that worked in our lab for 3 months in the summer of 2016 and 2017.  In the summer of 2016, he worked on developing interfering CRISPR vectors for altering the pathogenicity of Pseudomonas syringae pv tomato.  Henry won 1st place in the Young Scholar Poster Presentation in Athens! In the summer of 2017, his project focused on the role of effector hopAH2-1 and its regulators in Pseudomonas syringae pv tomato during Pattern-Triggered Immunity. Henry won 2nd place in the oral presentation competition! Spencer Stumpf
MS Plant Pathology
stumpfspencer@gmail.com
Spencer started in the Department in the Fall of 2015.  He received a BS in Biology in June 2015 at University of Missouri and an MS at University of Georgia in December 2017.  His MS research focused on genetically characterizing strains of Pantoea ananatis that are endemic to Georgia through genetic and molecular characterization techniques.  Additionally, he also researched when onion bulbs were most susceptible to P. ananatis infection throughout the growing season and which varieties were more resistant to symptom development. Spencer graduated in December 2017 with an MS in Plant Pathology. Zach Matteen
MS Plant Pathology
matteen@uga.edu
Zach started in the Department in Summer of 2015.  He received a BA in Horticulture in June 2015 at University of Georgia.  He received his MS in December 2017 working under his Major Professor Dr. Elizabeth Little.  His research focused on identifying the disease cycle of the phloem-limited bacteria, Serratia marcescens that causes yellow vine disease in squash.  Given that this pathogen is vectored by squash bugs, Zach also used entomology skills in his research as well as genetic approaches to find pathogenicity islands in the genome. Donald Gillis
PhD Student
donald.gillis25@uga.edu
Donald started in the department in Fall 2016. He received his BS in Biology from Morehouse College and his MS in Plant Pathology from The Ohio State University. His research focuses on tool development projects for increased sensitivity for microbial community profiling and better understanding of type 3 effector translocation during infection. Donald transferred to a different lab in the department in Fall 2018. Elizabeth Umanah
BS Applied Biotechnology
umanahe@uga.edu
Elizabeth joined the lab in January 2017 and received a Center for Undergraduate Research Opportunities (CURO) assistantship in Spring 2018. During the assistantship she worked with Brain on an independent research project to construct allelic replacement vectors to generate gene knockouts and identify P. syringae virulence genes. She graduated from UGA in Fall 2018 with a BS in Applied Biotechnology with an emphasis in Plant Sciences. She also receive an International Agriculture Certificate after her internship on peanut breeding at the CERAAS Institute in Senegal. Samantha Ayoub
Young Scholar
Samantha is a high school student that worked in our lab for 3 months in the summer of 2016 and 2017.  In the summer of 2018, she worked under Amelia developing a co-spray inoculation assay of both enteric pathogens and plant pathogens in collard seedlings.  She presented her research in the Young Scholar Poster Presentation in Athens. Sam (Sangwook) Lee
UGA Student
wanghook.lee25@uga.edu
Sam joined our lab in Fall 2016. He has worked with several members of the lab including Amy and Donald. For his last year in the lab, he worked with Amelia investigating the endophytic colonization of enteric pathogens in collards and model hosts during PTI and infection by Pseudomonas syringae. Sam graduated with a BS from the department of Microbiology and is in Spring 2019. After graduation, He joined Masacoma as a Research Associate on the Brazil Team, where they bioengineer yeast to ferment substrates associated with sugar cane and molasses.